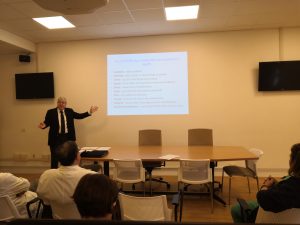 A study from Maguire et al. compared the non-lethal lesions of EMS and other rescuers – highlighting the fact that the former has the double risk of lesions if compared with firefighters and police. Another study conducted in the U.S. reported that 8% of the perpetrators are co-workers of the victims, whilst 77% are represented by patients. The assaulted medics noted that training in self-defence is desperately needed, as well as de-escalation techniques and the improvement of situational awareness – but none of them claimed that having a gun or a bullet-proof vest would have helped.

Other issues discussed included gender differences, physical protection, aggression prevention, and observing the psychological aspects of the victims. Professor Maguire has recommended a multidisciplinary and multidimensional approach with the creation of an ad hoc team. In Italy, similar groups already exist – even if they are quite rare. 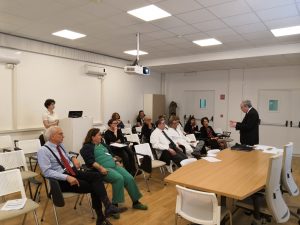 At the end of the lecture, the NO-FEAR project was presented to participants – which then asked a variety of questions on the objectives of this H2020 project, and the possible benefits.

Prof. Gabriele Sganga, head of the Emergency Surgery Ward and Prof. Daniele Gui, main contact for UCSC in the NO-FEAR project, were glad to host this meeting where people from different institutions have participated. 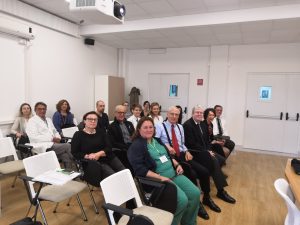