NEN supports the standardization process in The Netherlands. If a party asks NEN to effect an agreement, we go to work. We start by investigating to what extent standardization is possible, and if there is an interest in this. We then invite all interested parties to participate. A broad base of support is prerequisite. Agreements are effected based on consensus and are recorded in a document. This is usually a standard. Agreements recorded in a NEN standard cannot conflict with other valid NEN standards. NEN standards together form a cohesive entity. An interested party can be a producer, consumer, service provider, user, but also the government or a consumers’ or investigative organization. We are not always asked to develop a standard; the government regularly requests us to investigate whether

standardization is possible within a certain sector or in a certain field. NEN will subsequently investigate and, depending on the outcome, start a project. All interested parties can participate. NEN manages over 31.000 standards. Those are the international (ISO, IEC), European (EN) and national (NEN) standards accepted in The Netherlands. In total over 800 standards committees are active, with in total over 5,000 standard committee members. Properly managing the extensive standards collection and coordinating the national, European and international standards committees, requires a high-quality infrastructure. 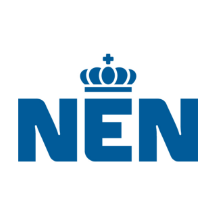